The first car show I remember going to as a kid was the Hotrod and Muscle Car show in Sydney’s Darling Harbour. It was also the first time I pointed a camera at a car and somehow captured a photo of the floor.

I remember the show being huge! The level of custom paint and bodywork with loads of chrome amazed me, it has been etched in my mind ever since.

Fast forward quite a few years and I’m back at an epic hotrod show, walking the halls amongst beautiful machines again. It felt so good to be back. Just look how much goodness there is!

The Sydney Hotrod and Custom Auto Expo was a fantastic event. Rosehill Gardens was a great venue to display these works of art, a true show of respect to the first era of modified machines.

As many of you know, walking the car park at such events can be just as entertaining as the event itself. In this case, the organisers arranged for a show and shine car park for attendees to have their pride and joy on display while visiting the show. Brilliant!

The Grand Pavilion held 2 storeys worth of cars and trade stalls. 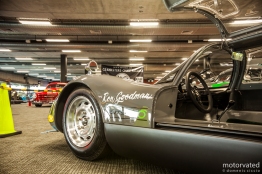 How’s this for a Porsche collection? Just like yours? The owner, Ron Goodman

Proof that these Porsches ain’t all show. As Ron says “if you’ve got a Porsche, you race it fast”.

Look familiar? Here is the 1950 Ford Mercury put together in 8 months by Jason and the team at Renner Auto. See it in the build here. This incredible Mercury won the best car trophy as well as a handful of other awards at the show and it’s not hard to see why. The body and paint by Andy’s Restorations is magic. It gives an illusion that it’s deep enough to swim in while presenting a golden green hue. 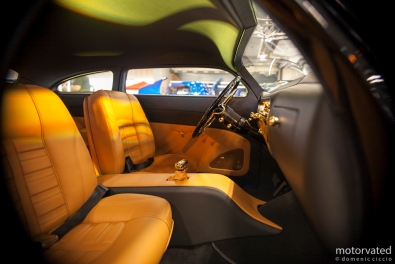 Speaking of golden, 24 carats plated metalwork suits this world-class build to a T. Beautifully tucked in the engine bay is a Keith Black ProCharged Hemi by Websters Dyno & Performance. I did say world class, didn’t i? 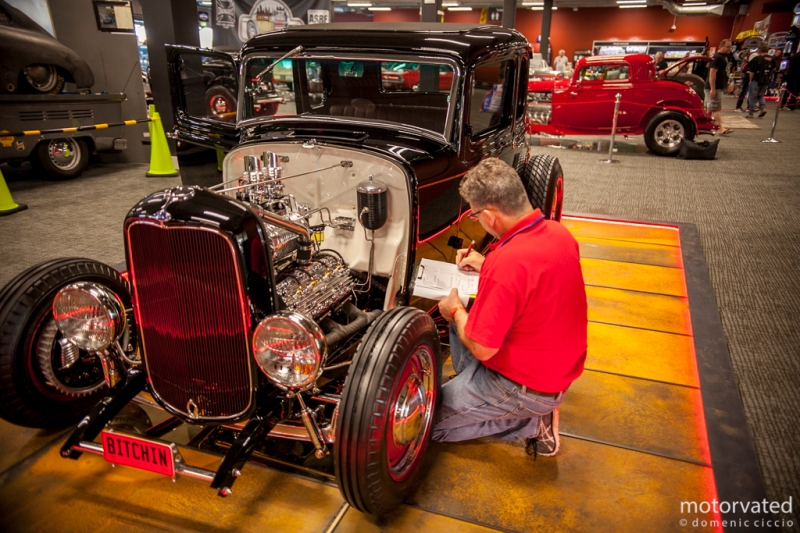 One job I’d love/hate to have. Good luck buddy!

Beyond the Pavilion the show kept on going. Trade alley was next and it was where you could see professional pinstriping and airbrushing at work. I’m fairly certain I don’t have a steady enough hand for this work but I sure as hell would love to give it a crack sometime. 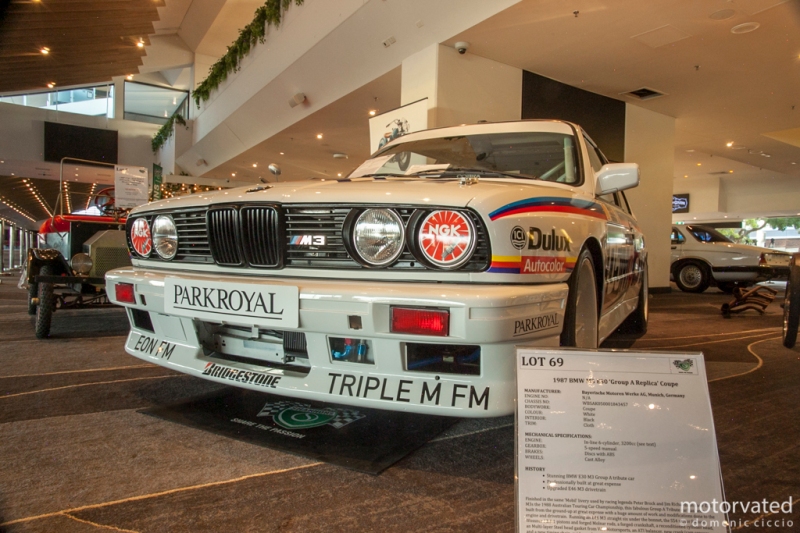 My favourite part of the event was Nostalgia Lane. There were some wicked rides there, not to mention a massive Shannons Auctions line-up ready to go under the hammer. 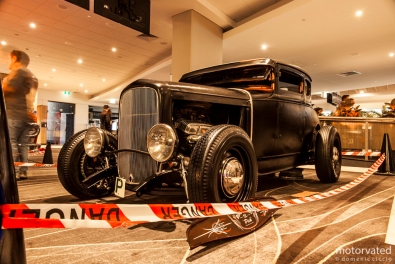 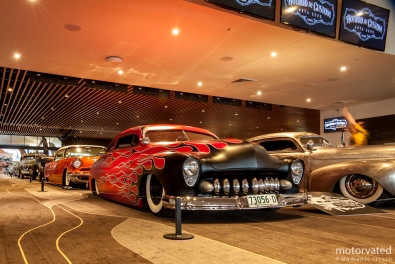 From Hotrods to Customs, 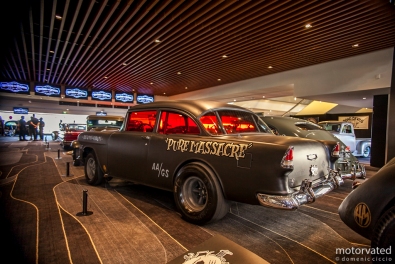 And a little bit of Mafia

It was all there and all amazing.

Well done to the organisers of the Sydney Hotrod and Custom Auto Expo for putting on a wicked event. I looked forward to attending again in the future! 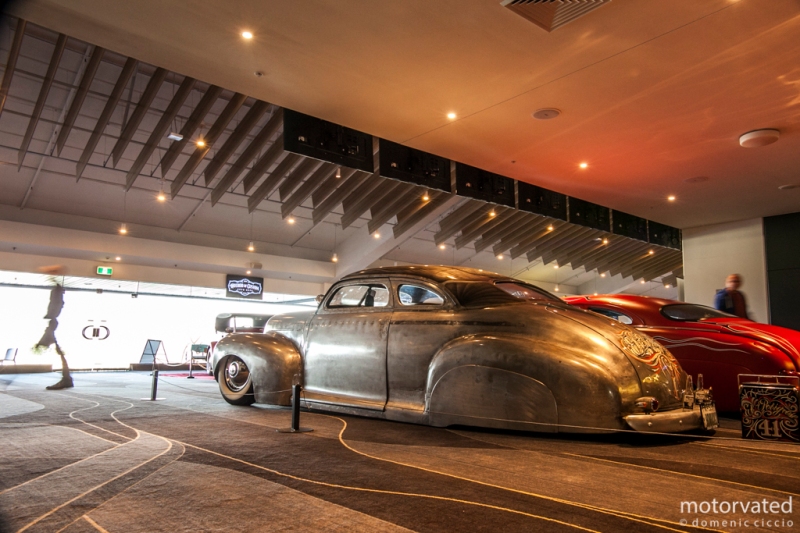 If you still want to see more hotrods go check out the 2018 Boogaloo Invitational event on my buddy Dan’s site, Dan The Detailer.

Thanks for reading and stay Motorvated!