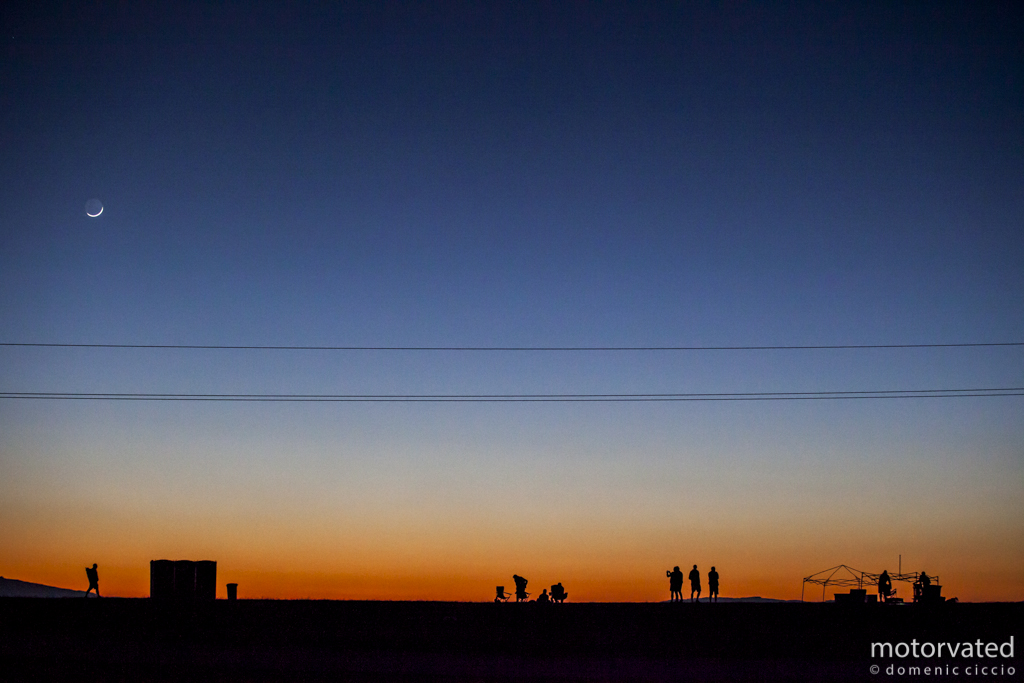 Race day, Sunday! We’re up before dawn to find a spot to watch the start of the race. It always seems to be a stressful time for me, as I fear I won’t get any good shots but this is Motorvated and that fear is used as motivation.

We started off at the chase standing in front of Rydges. As the cars came down Conrod Straight, all we could see were high beams. Once they passed through they were lighting each other up like madmen in peak hour traffic. 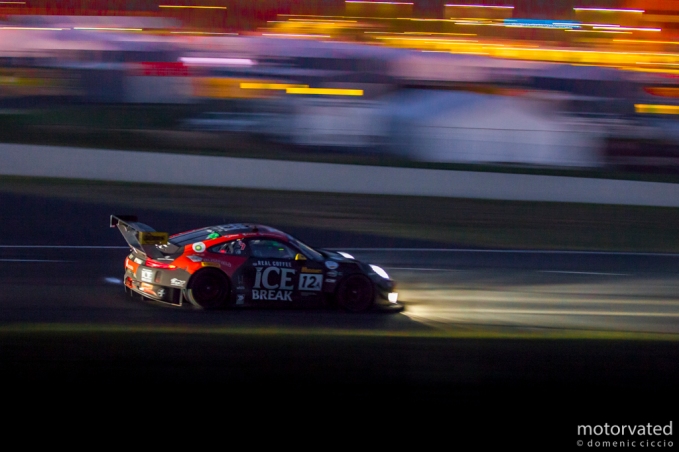 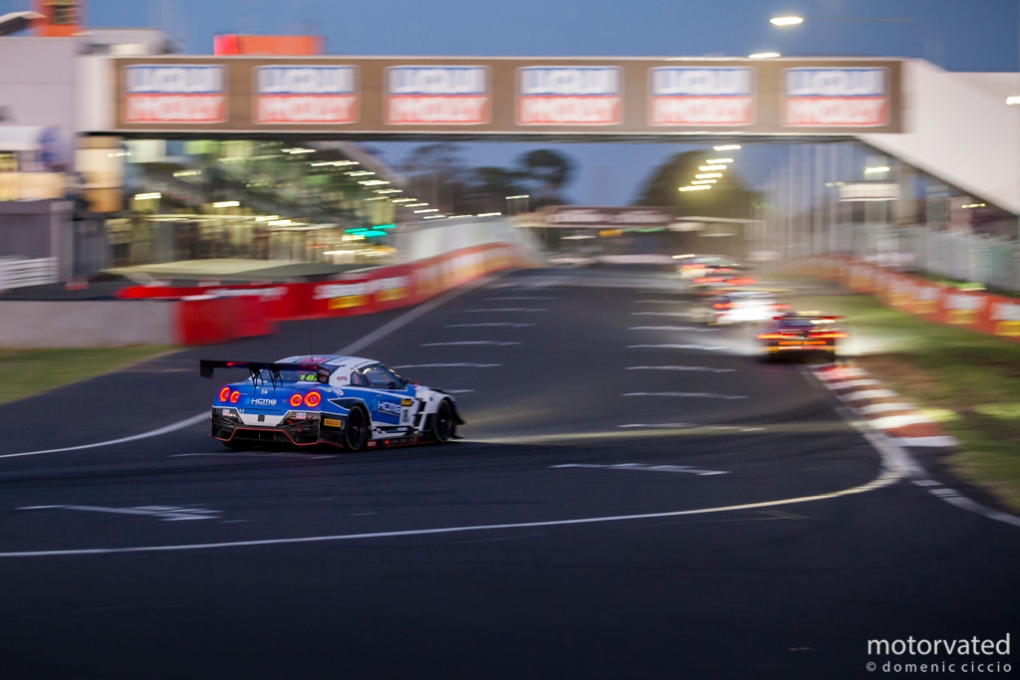 As the sun began to rise we moved on to Meguiars Corner and worked our way along the main straight. 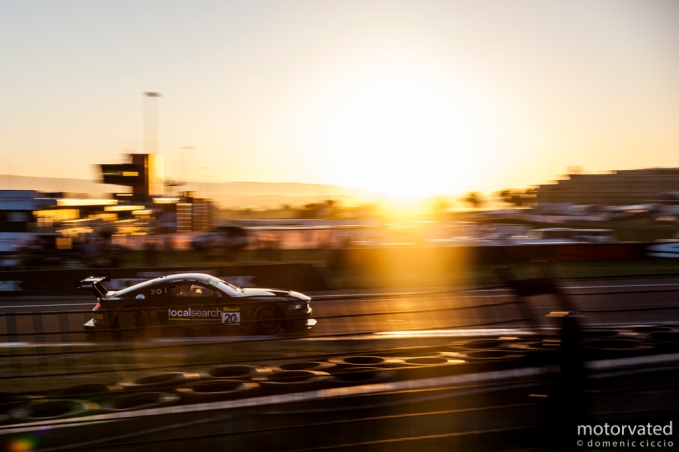 It was Hells Corner where we stopped for the golden hour. It’s always a popular spot for the media guys and girls. 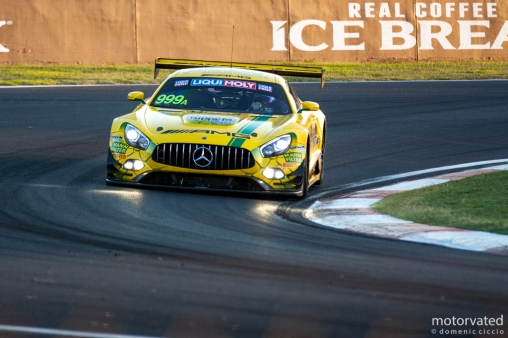 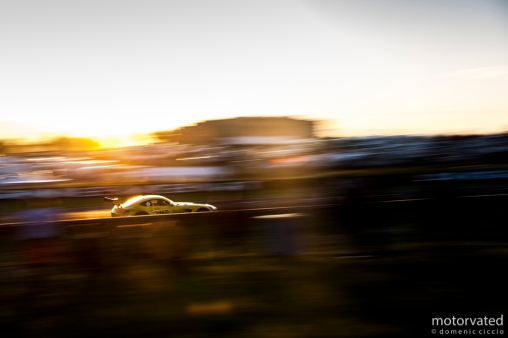 Before we knew it an hour had passed and there was no sign of the pace car. Compared to a first lap appearance in 2018, drivers were on their best behaviour. 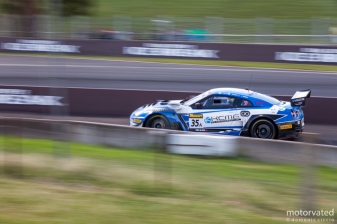 I was absolutely stoked that Nissan, Ferrari and Aston Martin were back after not competing in previous years. I still think Toyota needs to bring their GT3 Supra. 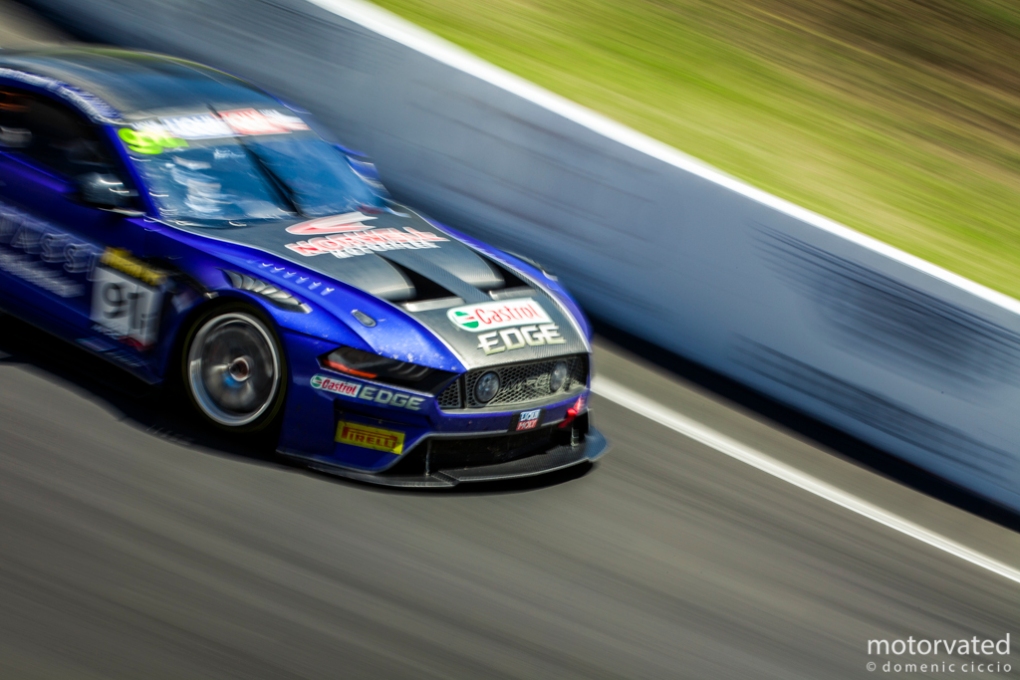 The MARC Cars were back again this year with a few tuning tweaks which ruptured many eardrums over the weekend. The Marc II Mustangs were loud AF. 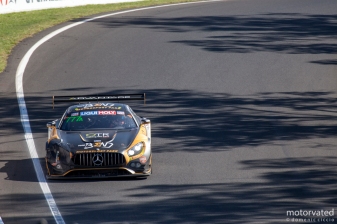 As the afternoon came around the commentators advised that no team to date have won the 12 hour with a starting grid position under 7th. It looked like history would repeat itself as several cars from the top 10 shoot out were up there battling for the lead. 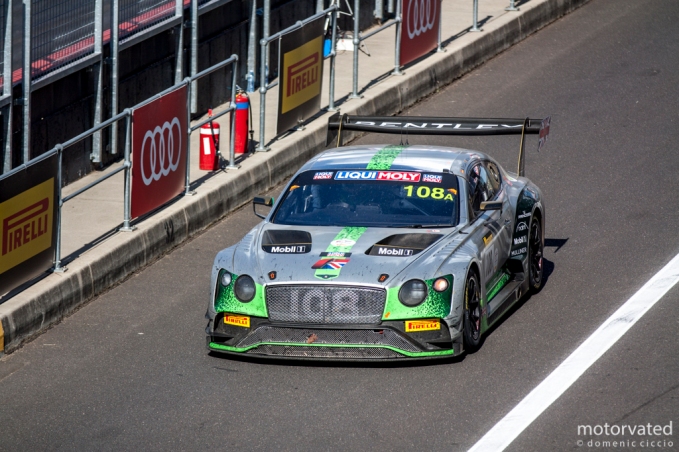 Maxime Soulet in the #108 Bentley was killing it with a 47-second lead but unfortunately, after a driver change Andy Soucek lost it all and 7 positions after stalling at the end of pit lane. This allowed the #62 Aston Martin to take the lead. See the drama unfold here

The lead of Group C, KTM XBow broke down which forced a pace car on lap 299. If you’re asking; yes – the race went over 300 laps, a record for the Bathurst 12 Hour!

The battle for second saw Matt Campbell in the #912 Porsche pressuring Raffaele Marciello in the #999 AMG before an inside overtake at turn 1. The #912 Porsche seemed to be running better than any other car on the track as Campbell kept pushing on to chase down Jake Dennis in the #62 Aston Martin. By the way, the three leading drivers at this point in the race are in their early 20’s! Not bad for the young guns. 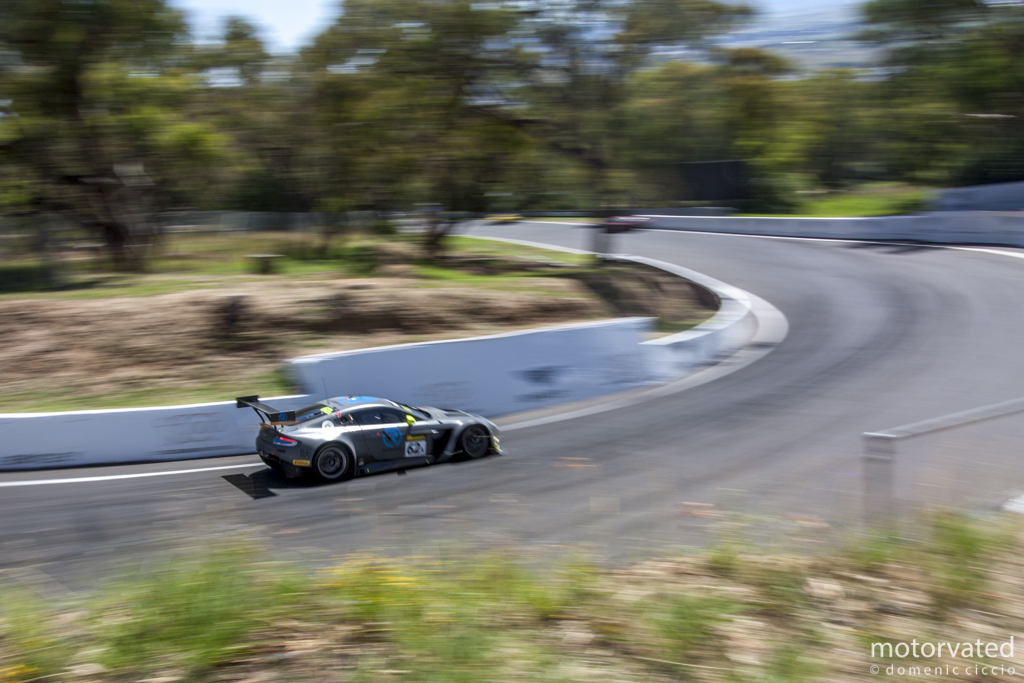 Campbell was on Dennis’ tail across the top of the mountain and by Forrest’s Elbow he dived inside for a gap that wasn’t even there and somehow it opened up. Campbell passed and was set loose to open up the lead. 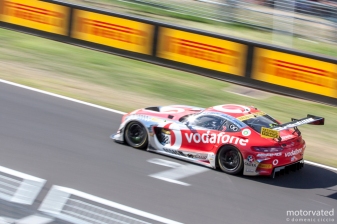 With 1st and 2nd positions pretty much locked in, everyone’s eyes were on the battle for 3rd, Marciello #999 and Shane Van Gisbergen #888. Several dives proved unsuccessful for SVG and with the timer counting down all chances came to an end for the #888 team. Watch the nail-biting battle here.

Another year, another exciting race. Porsche got their win which was the first one I’ve seen. Nothing better than seeing new winners. Congratulations to Matt Campbell, Dennis Olsen, Dirk Werner and the whole Earl Bamber Motorsport for the win! All the best for the rest of the Intercontinental GT Challenge season. 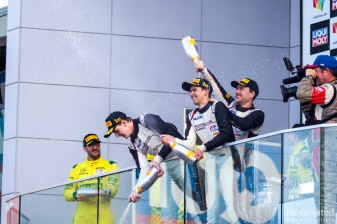 Click here to watch the last 20 minutes of the race.